The UEC plans to announce the voter lists nationwide on June 23.

One section of the list has already been released in 10 Yangon region townships and three others will be made public on May 25, June 8 and June 22, commission Chairman Tin Aye said during a recent electoral coordination workshop involving the commission and civil society organisations.

"I’d like to urge political parties and civil society organisations to launch campaigns to persuade people to check the lists," Tin Aye said. "As a person will have the right to vote only if he or she is on the list, people should be made aware of the importance of seeing their voters’ lists."

Eligible voters can correct mistakes on the lists at ward administration offices, the commission says.

Temporary residents of the townships must register and vote in the township where they have permanent residency, unless they are registered as guests in their current townships.

Twenty townships in the Mandalay region will release their preliminary voters’ lists on June 8 while the remaining eight townships will make them public two weeks later.

The initial 20 townships releasing their lists include Mandalay, Pyin Oo Lwin, Kyaukse and Myingyan districts while Nyaungoo, Yamethin and Meikhtila districts will announce theirs on June 22.

The lists will be displayed publicly for 14 days at the branch office of the election commission, Deputy Director Kyaw Kyaw Soe said.

"The voters’ lists that we are preparing now are not a perfect," Kyaw Kyaw Soe said. "Therefore, the public needs to check them. Then, if something is wrong, the lists can be corrected. Then, (voters) won't lose the right to vote."

"We are using a computerised system to calculate the figures. The final figure should be higher on the election date, to include civil servants, migrant workers and internal displaced persons," he said.

He added that the current figure does not include police and military forces or and migrant workers in Hpakant and Tanine. Eligible voters in some villages have not yet been counted.

The state has witnessed intermitten war between the Kachin Independence Army and the government troops.

There are currently fifteen political parties that plan to contest in the upcoming election in Kachin State.

The voter list in 28 townships is 90 per cent complete, according to Win Maung, the chairperson of the Bago Region Election Commission. The list for eight townships in Bago District will be announced on May 26, while those for Taungoo, Pyay and Tharyawady districts are expected to be announced later this month.

"We hope the lists for the remaining townships will be announced in mid-June," said Win Maung. 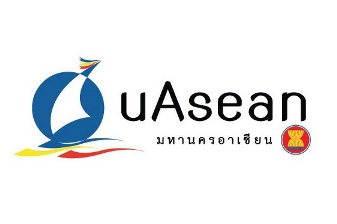